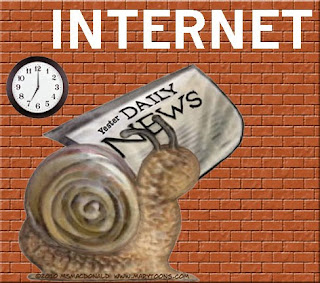 Be careful what you wish for. When I set out last year to produce a sci fi novel

to pen the book, I expected a big advance and huge royalty payments

later on, not for me, but for the writer whose name appears on

But there was no big advance, not even a small advance, and with only

21 copies of the novel sold on Amazon in 6 months, there have

researching and writing the book.

When I say ''be careful what you wish for'' (scare quotes intended), I must confess that I had no idea what kind of

negative, malicious, cruel book review would come in for the book -- from a newspaper critic no less -- and I was not

prepared at all. And I, of course, did not share the review with the book's author, nor do I intend to. (I hope he is not

So let this be a cautionary tale for would-be novelists and book packagers: if you get involved

in the book business as either an agent or a writer, be prepared for a

"I have read the climate novel you sent me and which you want my newspaper to review, and to be honest, I must tell you, it is one

of the worst books I've come

across this year. I get over 20 books a week in the mail from would be novelists and authors. Your book takes the cake.

The characters are one-dimensional, the dialogue is stilted and often

unintentionally hilarious, the situations are merely a series of cliches derived from any number of other 'end of the world'stories. There is

little about the book that appears to be truly original, or is presented with any sort of literary skill beyond the most rudimentary -- the book's preface rant is so ham-fisted and clumsy that it's almost funny."

There was more: "I understand your personal stake in this book, as the book packager who seems to be emotionally invested in the 'ideas' in it. But that is all that it is

-- a single vague idea, and not a terribly original nor a very carefully considered at that, about a single eventuality that might be extrapolated from the science and speculation that surrounds the topic of global climate change, that has been churned into a slapdash series of anecdotes about uninteresting characters and their unimaginative

After all that, the "critic" eased off a bit and added: "Perhaps there is a decent work of fiction that could be crafted from

this little idea of yours. And if you and your author are pleased with

the results of your novel, and releasing it to the world, then, really,

that's all that matters.''

Small comfort, that last sentence. But yes, both the author of the book and I are pleased with the results of his book, and even though sales

are few and far between, and the critical reaction has been, at best, lukewarm, even damning, it's true that what mostly matters is that we took an idea and turned out a readable novel around it, even if we haven't found many readers yet. With a review like the one above, I must say, I am quite

taken aback. But producing a book, and for the author who wrote the book, releasing it as an ebook to the world via Amazon was worthwhile for us, despite the cold hard complaints of the sole newspaper review to come in so far.

Funny, since I have not told the author about this negative reaction to his novel, he is already hard at work writing both a prequel and a sequel, he told me the other day in an email, with his eyes set on a sci fi trilogy.

Did the review hurt? You bet it did. Do I plan to soldier on with books two and three? You bet I do. Am I stupid? Maybe.
Posted by DANIELBLOOM at 9:31 PM No comments:

NEWSWRITERS invites journalists in the to apply to its Lilly Scholarships in Religion Program. The scholarships give full-time journalists up to $5,000 to take any college religion courses at any accredited institution at any time.

Topics reporters have studied include: Islamic Movements, God & Politics, Christianity and Culture, Religious Tradition and Scientific Inquiry, Buddhism and Science, Violence and Liberation, Religion and Medicine and many more.

“The course (Intro to Biblical Studies) not only encouraged me to look at the Bible strictly from a historical and literary perspective, but also forced me to dismiss some of the “Biblical truths” I learned as a child,” said Amie McLain, WRIC-TV8 in Richmond, Va.

The scholarships can be used at accredited colleges, universities, seminaries or similar institutions. Journalists can choose any religion, spirituality or ethics course. Scholarships cover tuition, books, registration fees, parking and other course-related costs. Online and travel classes are also eligible (as long as travel costs are part of the curriculum).

The next scholarship application deadline is Oct. 1, 2012. Scholarships must be used within three academic quarters of their award date.

RELIGION
NEWSWRITERS is the world’s only association for journalists who write about religion in the mainstream news media. The scholarships are offered through its non-profit arm, the Religion Newswriters Foundation, with funding from the Lilly Endowment, Inc.

Complete information about the Lilly Scholarships in Religion program is available at http://bit.ly/j8MOOg. Direct questions to Amy Schiska at 573-355-5201 ext. 3#, or Schiska@RNA.org.

© 2012 Religion News Service LLC. All rights reserved. Use of and/or registration on any portion of this site constitutes acceptance of our User Agreement and Privacy Policy. The material on this site may not be reproduced, distributed, transmitted, cached or otherwise used, except with the prior written permission of Religion News Service LLC.
Posted by DANIELBLOOM at 9:08 PM No comments:

PRESS RELEASE: for immediate release anytime in 2012 and 2013 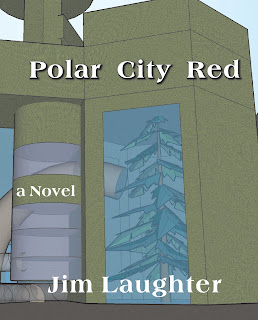 New novel POLAR CITY RED available on amazon etc tells fictional story of family in a polar city in Alaska in year 2075; some call it ''cli fi'', others call it ''sci fi'' -- whatever it is, the novel is a climate thriller, entertaining read and full of God's truth as well

that in a prayerful vision four years ago, God told him to prepare

humankind for ''polar cities" for survivors of "climate chaos" in 2121

A.D. Calling himself a modern-day Jeremiah, the soft-spoken climate

massive human die-offs due to devastating climate change impacts of

fuel and shelter for billions of climate refugees.

"I see dead people," Bloom says. "Billions of dead people. But at the
same time, I see hope, too, for those
remaining remnants surviving in polar cities."

Bloom, a 1971 graduate of Tufts University, has been discussing,

Bloom believes
that there are no solutions to fixing the problems of global warming,
and that it is already too late to stop what he calls The Great
Interruption, when humankind will die in massive die-offs in the
distant future, leaving only remnants of humans alive
in polar cities scattered across the northern regions of Earth (and in
New Zealand and Australia, too).


"God told me in a prayerful vision that only man-made 'polar cities'
will save the human species from extinction," Bloom says. "I am an
optimist and I have hope that polar cities will serve God's purpose."

In addition to promoting ''polar cities'' as the only real and ''workable''solution to climate change problems, Bloom also commissioned a Christian writer in Oklahoma to write a religious novel about polar cities titled "Polar City Red".

"Jim Laughter's novel is the first literary novel to ever talk about polar
cities, and it deserves a wide readership, both as entertainment and as serious and prayerful thinking. Time is running out,'' Bloom says,

''and the time to start discussing, planning, pre-siting and even pre-building polar cities is now.

global warming has destroyed the Earth's ecosystems worldwide, and

in the Arctic region. Not everyone gets in: there are Godless

scavengers out on the tundra murdering for good and supplies. It's a

character-driven novel, and a fast read. And it's more than just

explosions﻿ and murders. And it ends on a note of hope and prayerful

Mr. Laughter's 200-page novel explores how faith and religion will survive in a
post-apocalyptic world, and asks questions like: "Would mankind's sins
of the past follow him into the future?"


While it paints a picture that is "not a pretty picture", it also
ends on a note in the final chapter of hope and moral optimism. So it's a positive book, and not a downer,
as one might expect from the theme. In fact, Laughter offers hope for humankind.

Read ''Polar City Red'', set in the near future after God's wrath and man's stupidity destroys the ecosystem of the Earth. It's science

Posted by DANIELBLOOM at 3:40 AM 2 comments: